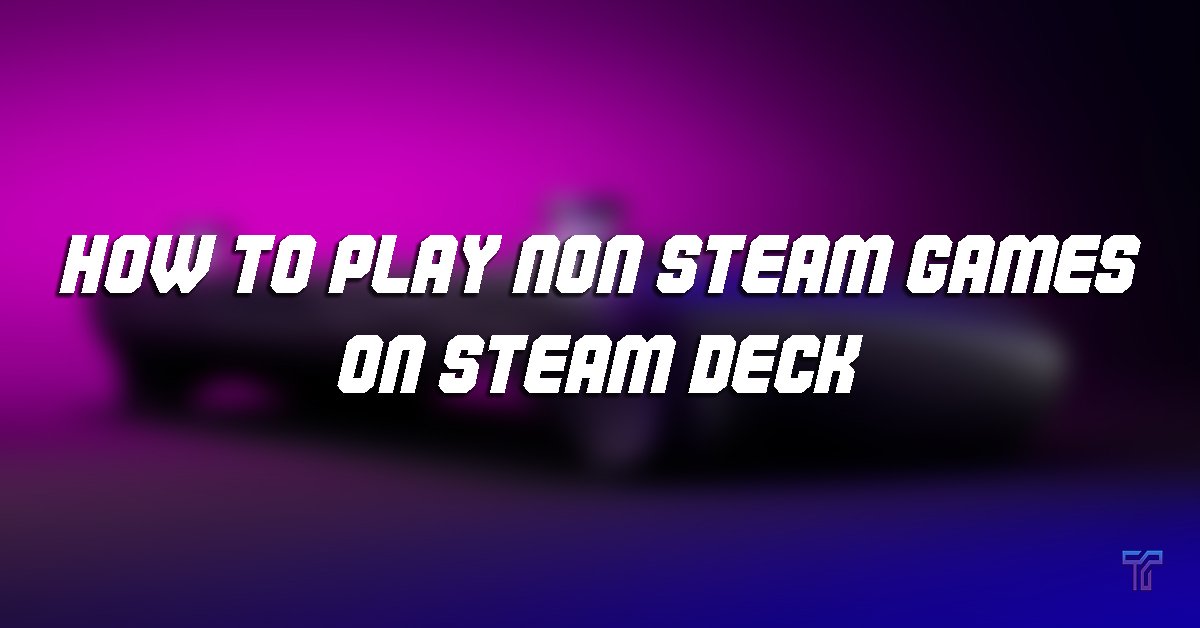 Steam Deck being a compact hand-held gaming device is designed and marketed to enjoy PC games on the go. If you’re a heavy gamer, you are probably familiar with various non steam games. Fortunately, there’s a way to get around this restriction. With a little bit of work, you can play non-Steam games on your Steam Deck. Let’s get started.

How to Play Non-Steam Games

The Steam client has thousands of games in its library that are officially supported by the steam deck device but this does not mean that the Steam Deck is incapable of running other games that are not in its library. Some games are incredible and could easily run on the Steam Deck even on the highest graphic settings but due to licensing issues, they do not make it to the Steam library.

The games that are not officially supported by Steam can be played on the Steam Deck with a little tinkering here and there. Let’s begin with the process:

How to add non-Steam games to your Steam library

The Steam deck device has given its users enough freedom to add non-steam games to their Steam Client app. To do so, follow our guide:

Most Steam Deck users might already know this; not every game on the Steam library has artwork. While this is not a big deal at all, however, the interface seems a bit empty without the artwork and if you are a serious Steam Deck gamer, the artwork is a must-have. Follow along with our guide to add artwork on non-steam games.

That is all. You should be able to see artwork on every game on your Steam library despite it being a non-steam game.

In addition to being a launcher, Razer Cortex is also a performance booster that boosts both in-game and system performance. Moreover, it also functions as a system cleaner. Razer Cortex is a universal launcher, meaning that it displays a library of all the games you have installed even from other launchers.

One of the main complaints of the users of this app is that the customization is limited. Users are only given a little freedom of customization, they can create a list of their favorite games and change the cover page. That is all they get to do.

Razer Cortex is very capable of finding games. Users have rarely issued complaints about its ability to do so. And in addition, it also has an impressive one-of-a-kind feature. Razer Cortex can help you find deals on games and present them on the display.

Playnite is one of the most worked-on launchers of Steam Deck since it is an open-source app. It is a free game launcher for Windows that allows you to launch and organize your PC games. It supports all major game launchers and platforms, including Steam, GOG, Origin, Uplay, and more. You can also add non-Steam games and custom shortcuts to your library.

Playnite is incredibly easy to use and set up. Simply download the latest version from their website and run the installer. Once installed, you can launch Playnite and start adding your games. The process is straightforward and only takes a few minutes.

The user interface is easy-to-use and offers a bunch of practical system settings and options. Overall, the app is very integrated and refined. It is definitely one of the best launchers you can get.

When GOG Galaxy first started, the app functioned as a launcher for only the games that had been brought via the GOG store. However, in the present time, it has grown to become a much larger thing, a universal game launcher. The app boasts a feature that no other launcher has, it has the ability to integrate games that had been purchased through PlayStation Network and Xbox Live.

You can view the games purchased through PlayStation Network and Xbox Live but you can not play them using the GOG Galaxy which is really a bummer. However, the ability to import games from PC and consoles and have an organized collection of all your games is a handy feature.