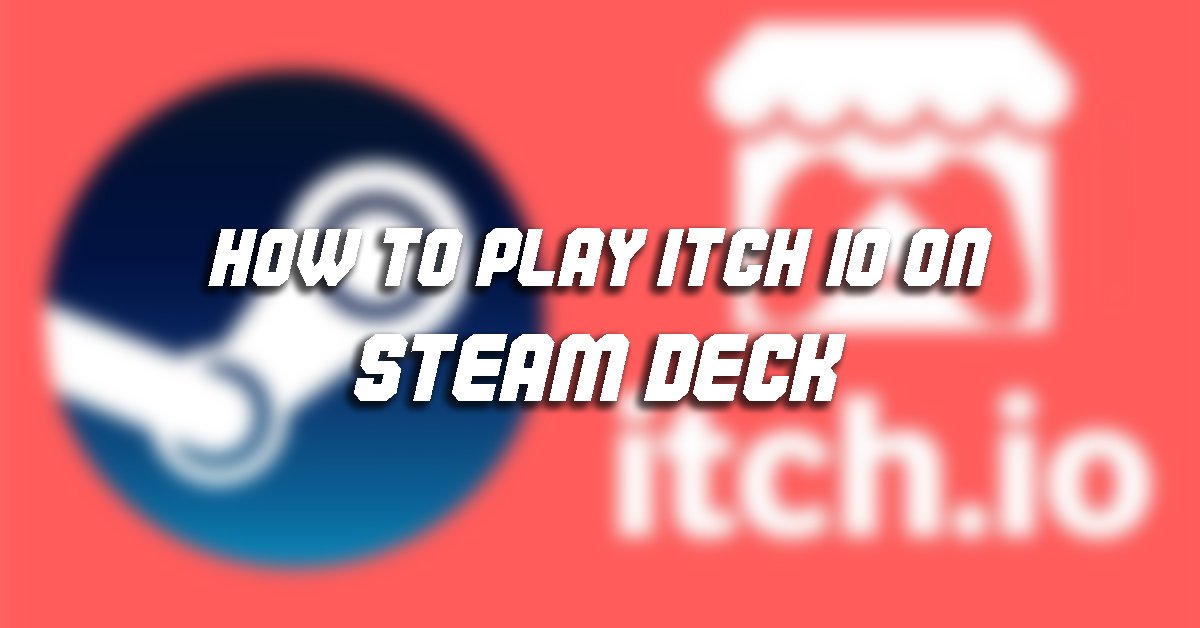 Itch.io is a good platform with a great selection of indie games, an influential community, and reasonable prices. Most of the new Steam Deck owners seem to be confused about how to play the games they bought on Itch.io.

If you own a lot of games or want to install new games from Itch.io, we will guide you thoroughly to get your Itch.io games on the Steam Deck. Let’s begin with the guide to playing games from the Itch.io library on your Steam Deck without any hassle.

Here are the steps to install an Itch Desktop client on your Steam Deck.

Add Your Games To Steam

It’s time to add your games to Steam which eases the process of accessing all of your games easily from the main Steam Deck menu after you’ve downloaded them from your library to your Steam Deck.

Here is the final step to playing your games.

The performance will vary depending on the game, but in our testing, the majority of games ran well. There were a few requests to test it out because the itch team has launcher software, and we were curious how well it would function on the Steam Deck. The good news is that their native Linux build functions flawlessly in desktop mode.

Can Itch.io Contain Virus And Affect My Steam Deck?

What Itch.io Games Can’t Be Played On Steam Deck?

Games like Halo Infinite, Destiny 2, and others that use similar anti-cheat software are incompatible with the Steam Deck because Linux lacks some security measures.

The Steam Deck will not support games like EA Origin that use their own launchers in addition to Steam. The itch app, on the other hand, dislikes the Game Mode / Deck UI. As a result, you will need to add each game separately to Steam, just as you would anything else.

Alternatively, select a non-Steam game from the Games option up top. or the bottom-left Add game button on the main Steam client window.

How Powerful Is Steam Deck to run Itch.io

The Steam Deck features a graphics processor from AMD and 16GB of LPDDR5 RAM. It won’t be as effective as a dedicated graphics card because it will be shared between the CPU and GPU.

You can play games at a maximum frame rate of 60 frames per second because the display has a resolution of 1280 by 800 and a refresh rate of 60Hz.

The gaming marketplace Itch.io is one of the great locations to find intriguing new PC games as well as Linux, macOS, mobile, and even browser-based games. Since its launch in 2013, Itch.io has focused on selecting and showcasing independent video games that can’t be found anywhere else on the internet.

Is Itch.io better than Steam?

On the other hand, Steam is often regarded as cumbersome, and complex, and throws barriers in your path when you want solutions which is very weird.

What GPU Does Stem Deck Use?

According to Valve, it is roughly similar to an AMD Ryzen 3750 CPU that can be found in some mini-PCs and is based on AMD’s Zen 2 architecture. The GPU, on the other hand, is built on AMD’s more recent RDNA 2 architecture. It has eight cores and can reach a 1.6GHz clock speed.

There are a lot of great games out there on Itch.io that you can play on your Steam Deck. Some of them are free, while others require a little bit of money to get started. We hope our guide on how to play the games from Itch.io made the process easier.