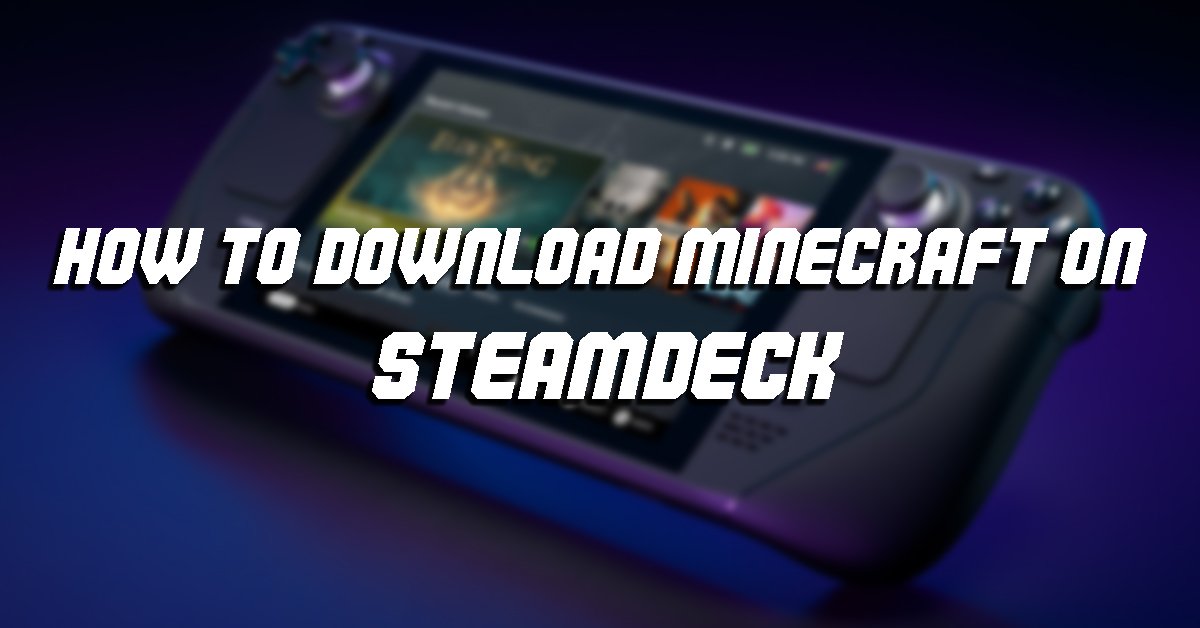 Minecraft is a popular game that can be played on many different platforms, including the Steam Deck. Since the Steam Deck is a native Linux device, it can run all the games that a normal Windows PC can. However, installing and playing Minecraft on your Steam Deck device is not the same as one would do on a PC. This article will guide you through the process. Let’s start by getting to know Minecraft a little.

Installing Minecraft on your Steam Deck is a simple process. Just follow our guide, and you will be set to go.

Once you have installed and added your account, it’s time for the next part.

These are all the setups required to play Minecraft on your Steam Deck with optimum efficiency. You may now run the ploymc app and enjoy playing Minecraft.

How to Run a Modded Minecraft on Steam Deck

Here are the steps to run the modded version of Minecraft with ease.

With these setup configurations, you are good to go.

How Does It Run on Steam Deck?

Both the Bedrock edition and the Java edition of Minecraft run extremely well on Steam Deck. The ideal graphics settings for the gameplay are a 60 Hz of refresh rate and 1280*800 screen resolution. You can play the game for about 6 hours in this setting. The rendering distance is 12 chunks, even when the output is only 4 watts.

Most of the issues we’ve ever encountered with console versions of the game are resolved when playing this game on a controller paired with the Steam Deck’s touch pads. Minecraft crafting is now much easier, you can utilize the touchpad to put bricks precisely when necessary, and the joystick performs admirably throughout typical games.

We’ve only seen sporadic display flickering and difficulty writing in chat since you can not really see what you’re writing. Both of those will likely be discussed eventually, and updates will arrive.

Can I Play Minecraft with Friends on Steam Deck?

Can I Make Mods Pack in Minecraft on Steam Deck?

Yes, you can make mods packs in Minecraft on Steam Deck, as it is a Linux-based device. But it can prove to be a hassle because it requires a lot of computing (downloading mods, archiving files, hosting your mod pack, publishing and testing your mod pack).

Is Java edition or bedrock better on the Steam Deck?

Both versions of the game run perfectly well on the Steam Deck. There is no clear consensus on which edition of Minecraft is better. Some players prefer the Bedrock edition because it is more stable and has better cross-platform support, while others prefer the Java edition because it is more customizable and has more features. Ultimately, it comes down to personal preference.

Can I record and play Minecraft on Steam Deck?

Users are able to record and play Minecraft on Steam Deck simultaneously. However, it will require a couple more wires and gadgets compared to recording on a PC. Let’s take a look at the steps:

After that, let’s set up your OBS studio.

We hope you liked the detailed guide on running Minecraft on Steam Deck, along with the tactics to defeat the final boss. Enjoy the game!