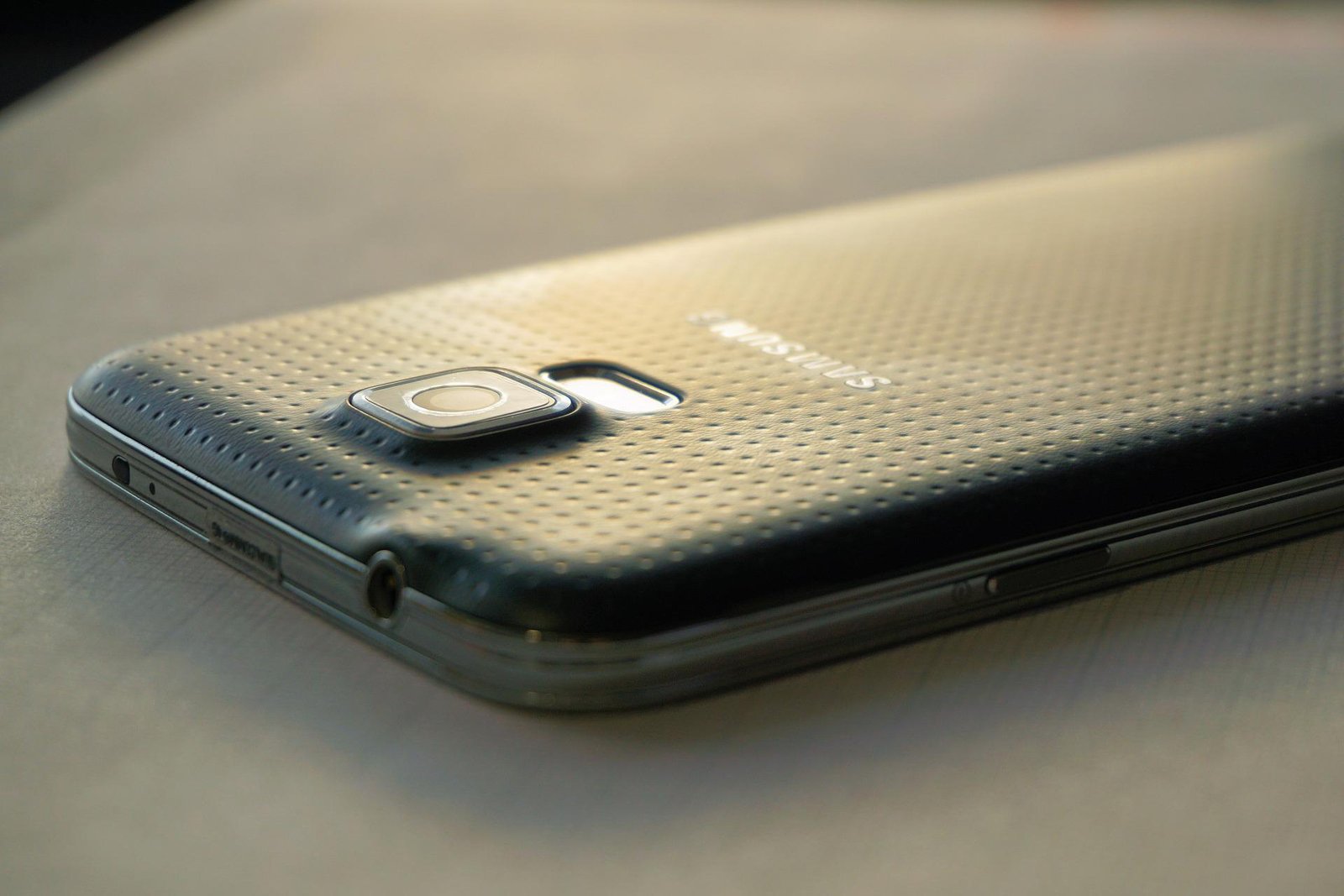 Although the phone could be a good purchase if you plan to use it for photos, texts, and calls, for the most part, going with a newer model will be a better option. Even going with the S6 would give you better support in the majority of applications and your phone won’t slow down nearly as much. Still a solid phone overall.

The Galaxy S5 was one of the big hits for Samsung in 2014. It was a tough year for the company as its flagship device, the Galaxy S4, failed to impress consumers. The South Korean electronics giant had to come up with something special, the S5. This seemed to be the turning point for Samsung is really making a name for the Galaxy series of phones. However, things have changed over the years and this phone is getting up there in years.

The company came up with the fifth edition of its flagship smartphone in the Galaxy series and really pushed the limit of what was thought to be possible. Fast forward three years and you know that the Galaxy S5 is probably not a good buy anymore, but that is something that we will dive into. 2014 seems like a long time ago, and for tech that is pretty old, but can this phone still be useful? This article takes a look at whether or not the Galaxy S5, S5 Mini, and S5 Active are still good in 2022.

What is The Galaxy S5

The Galaxy S5 is the fifth edition of Samsung’s flagship smartphone. It was designed to be a jack-of-all-trades: a phone with a high-end camera, top-notch processor, support for wireless charging, and the ability to survive a dip in the water. The S5 runs on the Android operating system and features a 16-megapixel rear-facing camera, which was impressive for that time. The S5 is backed by 2 gigabytes of RAM, 16 or 32 gigabytes of internal storage, and a microSD card slot for adding more space.

The Galaxy S5 really saved the series of Galaxy phones, as the S4 wasn’t the greatest success. Samsung was able to sell over 10 million units in the first month of the phone being released. This boost in sales made this phone the fastest selling Samsung phone in the company’s history up until this point.

The Samsung Galaxy S5 was the first device from the company to sport a fingerprint scanner. The company had been trying to implement it in its devices since 2011. The Galaxy S5 was also the first Samsung device to come with IP67 certification, which makes it water and dust-resistant. The S5 made Samsung history because of the number of phones sold. The Galaxy phones weren’t in the greatest position after the S4 sales.

Making a record number of sales, the S5 is often referred to as the single model that saved the future life of the Galaxy phones. The phones are incredibly popular and arguably more bought than the Note series, although that is an outstanding argument for another day.

The Galaxy S5 features 2GB of LPDDR3 RAM and comes with either 16 or 32GB of internal storage. You can extend this by up to 128GB with a microSD card. The battery life of the S5 is surprisingly good, and users should be able to make it through a full day’s work on a single charge, you can also buy 3rd party battery upgrades for even bigger battery life!

The device has a Qualcomm Snapdragon 801 LTE chipset, clocked at 2.5 GHz and coupled with 2GB of RAM. The S5 is equipped with a 16 MP rear-facing camera, along with a 2 MP front-facing camera for selfies. The device supports 4G LTE connectivity, and it also comes with an infrared blaster, a first for Samsung devices.

The S5 boasts a 16-megapixel rear-facing camera that is capable of shooting 4K videos, which was revolutionary on that day. It comes with a variety of shooting modes, including a Beauty Shot mode that lets you retouch your photos and videos. The S5 also supports a dual-video recording mode, which lets you record two different videos simultaneously at different resolutions. The device comes with a special Ultra High-Quality setting that captures pictures and videos at 3840 x 2160 pixels, or 4K resolution.

The S5 Mini is the most cost-effective option, at the risk of losing features, like a smaller screen and no fingerprint sensor. The S5 Active is, as always, a more rugged and strengthened design for the S5, and lastly, the classic Galaxy S5 is always a great well-rounded option for most.

The Galaxy S5 Active is essentially an S5 that’s designed for more durability, It’s water-resistant and dustproof, has a more solid and strong design, and has a larger battery that can last up to 12 hours. The S5 Mini is a smaller, more lightweight version of the S5, without the fingerprint sensor. It can’t take advantage of the S Health app functionality that’s available on the S5, but it’s got a smaller screen size and a smaller price, making it a good option for people who want the S5 experience but don’t want to pay as much for it.

The Galaxy S5 was one of the big hits for Samsung in 2014, and it came with revolutionary benefits, however, by today’s standards, we recommend buying an S6, S7, or S8 in order to ensure that your phone won’t slow down too much. The Galaxy S5 suffers from not being supported by the majority of apps. Although if you want to use this for calls, texts, and photos, and that is all, this still can be a good purchase, otherwise, we highly recommend upgrading to a slightly newer model.