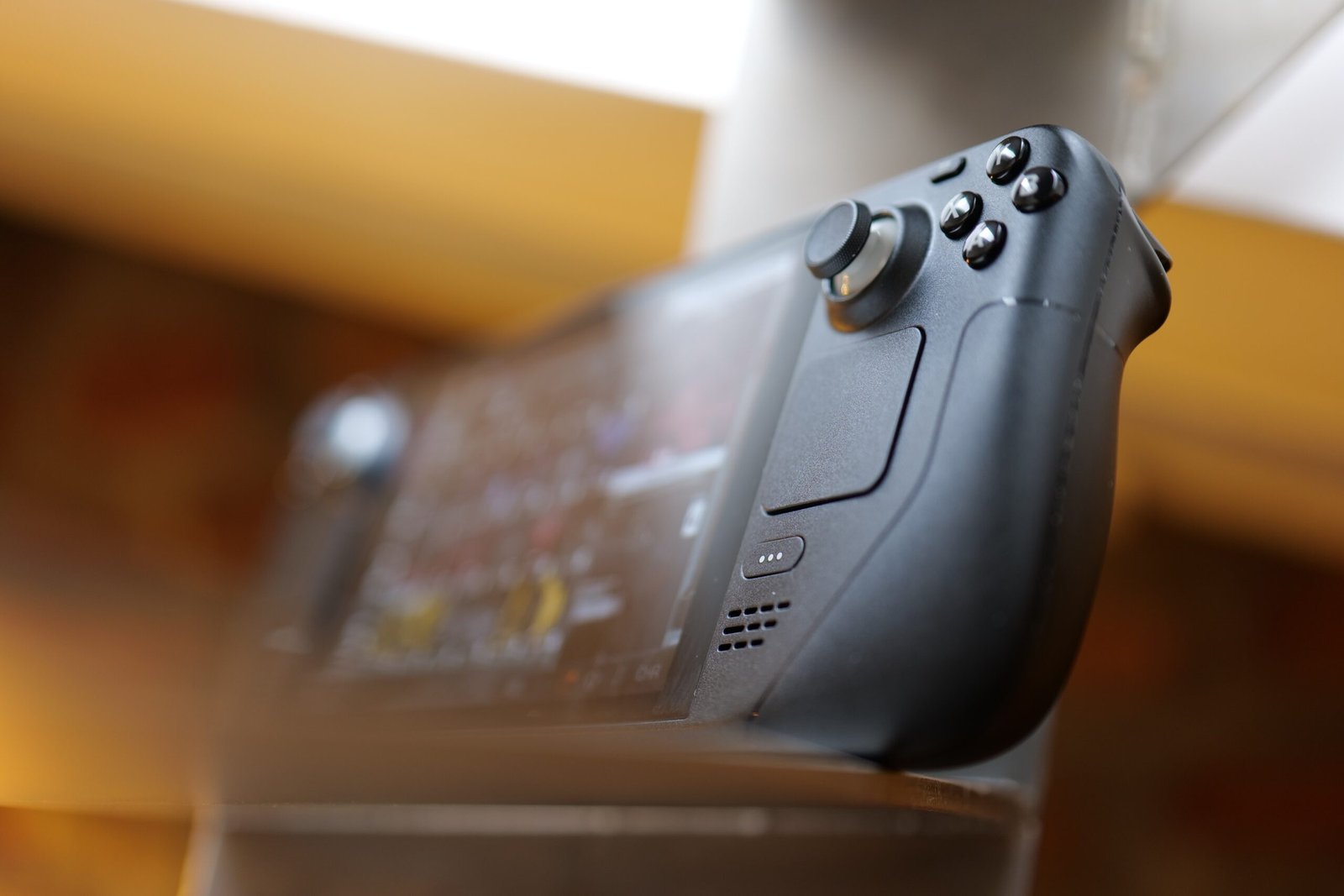 Steam decks are great for those who want to play games without having to spend a lot of money. They are portable, so you can take them anywhere and they can be used almost anywhere. Overclocking your Steam Deck is a great way to get the most out of your gaming PC. By overclocking your CPU and GPU, you can increase your frame rate, improve your gaming performance, and get the most out of your hardware; an overall performance boost.

In this ultimate overclocking guide, we’ll show you how to overclock your Steam Deck to its maximum potential. Look into our article on which Steam Deck model to buy!

What is a Steam Deck?

The reason why it’s not as popular as other handheld gaming devices is that it was just released in February of 2022. This powerful little machine gives you the ability to play your favorite PC games on the go, and it’s small enough to fit in your pocket. The Stream Deck is a handheld PC that allows you to play your favorite Steam games on the go.

All of the variants include a dedicated memory card slot so you don’t have to worry about running out of storage. It also has a 7-inch 1280 x 800px display with an aspect ratio of 16:10. The show supports a max refresh rate of 60 Hz and it’s also touch-enabled.

The device has dual mics on either side, a headphone jack, and a USB-C display port for an extended display experience and it comes with a built-in 19,200mAh battery. Now that’s a lot of features to process. The Stream Deck is the perfect device for gamers who want to play their favorite PC games on the go. It’s small enough to fit in your pocket, and it has enough power to run most games at high settings. If you’re looking for a handheld PC that can handle your gaming needs, the Stream Deck is a perfect choice.

The Steam Deck is newer to the portable device scene but there are still various accessories you can get with it. We have more information If you want to know more about the best accessories to purchase with your Steam Deck.

Can You Overclock The Steam Deck?

Overclocking has been around for years, and even though it was initially seen as a hobby for computer enthusiasts, the technology has matured and become a staple for home use. Technically speaking, it is possible to overclock the Steam Deck but since it’s new and not many people have explored the overclocking aspects of this device, there are not a lot of how-to tutorials on overclocking this device.

Is it Safe to Overclock The Steam Deck?

Overclocking is the process of making a computer or other device run faster than the manufacturer intended. It’s a popular way to eke out extra performance from a system, particularly when trying to play games or do other processor-intensive tasks.

The Stream Deck is a popular game console that can be overclocked to improve performance. However, there are some risks associated with overclocking, so it’s important to be aware of them before you try them. Overclocking will void your warranty, and it may also damage your hardware. It’s also possible to overclock too much, which can lead to instability and crashes.

Is it Worth Overclocking The Steam Deck?

Overclocking is the process of configuring a component to run at a faster speed than its default setting. In the case of the Steam Deck, this means running the processor and/or graphics card at a higher speed than the manufacturer intended.

There are a few reasons why someone might want to overclock their Steam Deck. The most common reason is to improve performance. By running the components at a higher speed, the Steam Deck will be able to handle more demanding tasks, such as gaming at a higher frame rate or higher graphics resolutions.

Overclocking the Steam Deck is not without its risks. The most common risk is that of damaging the components. If the components are not designed to run at a higher speed, they can overheat and be damaged. This is why it is important to only overclock the Steam Deck if you know what you are doing and are willing to accept the risks. Another risk of overclocking is voiding the warranty. Most manufacturers do not cover damages that occur as a result of overclocking, so if something does go wrong, you will be on your own.

What Are The Benefits of Overclocking The Steam Deck?

There are several benefits to overclocking the Steam Deck. First, as previously mentioned, overclocking can improve the Steam Deck’s performance. This is especially beneficial for gamers who want to squeeze every last bit of performance out of their Steam Deck to enjoy the latest games at the highest possible settings.

Second, overclocking can also improve the Steam Deck’s stability and reliability. This is because when components are operated at speeds beyond their default settings, they are more likely to overheat and fail. By overclocking the Steam Deck, you can push its components to their limits and ensure that they remain stable and reliable even under heavy use.

How to Overclock Steam Deck?

Getting the most out of your Steam Deck is a simple process that can be done in a few short steps:

Another way to upgrade your gaming performance on your Steam Deck is using the AMD FidelityFX Super Resolution Upscaling. It’s been a little over a year since AMD first introduced its FidelityFX technology, and in that time, the company has continued to iterate and improve upon the initial offering. The latest version of FidelityFX, Super Resolution, promises to bring console-quality upscaling to PC games, and we’ve had a chance to go hands-on with it to see how it performs.

In a nutshell, Super Resolution upscales a game’s resolution by using a combination of neural networks and machine learning to guess what missing details should look like. It’s a similar concept to what AI upscales like Topaz Labs’ Gigapixel AI do for photos and videos but applied to real-time gaming.

The result is an upscaled image that looks noticeably sharper than the base image, with less aliasing and more detail. It’s not quite as good as running the game at a higher native resolution, but it’s a significant improvement over traditional upscaling methods, and it’s something that can be applied to any game, regardless of whether it natively supports higher resolutions.

We tested Super-Resolution with several different games, and overall, we were impressed with the results. The upscaled images looked noticeably sharper than their standard resolution counterparts, with less aliasing and more detail. That said, there were some games where the results weren’t as impressive, likely because they already looked quite good at standard resolutions.

In general, we found that Super Resolution worked best with older games or games with less detailed visuals. This makes sense, as there’s more room for improvement when upscaling from a lower resolution. Games like Half-Life 2, Doom 3, and even The Witcher 3 all looked noticeably better with Super Resolution enabled.