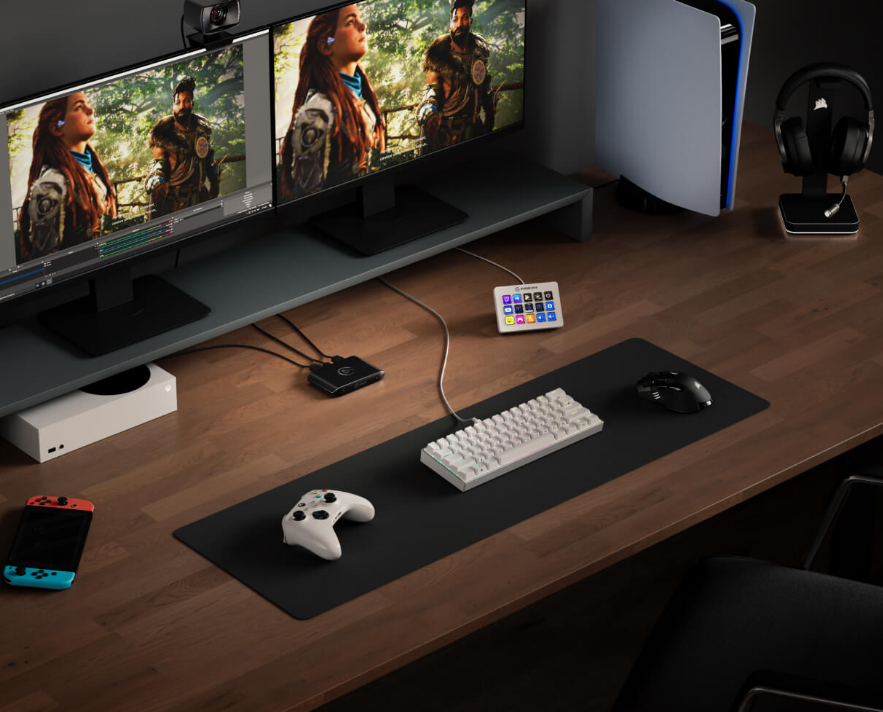 Capture cards are an essential piece of equipment if you want to capture high-quality video footage of your games. If you’re looking for the ultimate gaming capture card, then you’re going to love the new Elgato Capture Cards.

Elgato’s product range includes streaming and recording devices, game captures, and PC accessories. The company is best known for its game capture devices, which allow players to record and stream their gameplay.

Elgato’s capture cards are designed to work with a variety of different gaming consoles, including the PlayStation 4, Xbox One, and Nintendo Switch. They allow users to record their gameplay footage and stream it live to Twitch or YouTube. They are also compatible with several popular streaming and recording software programs, making them a versatile tool for content creators.

Is Elgato Capture Card Worth it?

Yes, an Elgato capture card is definitely worth the investment if you are looking to get into content creation or live streaming. The card has the ability of recording and streams the gameplay from a console or PC, which is perfect for those who want to create gaming videos or stream their gameplay online. The card is easy to set up and use, and it produces high-quality recordings or streamings. This makes it a great choice for content creators and live streamers.

Elgato’s Capture Card works with Mac by providing an easy way to capture and record your gameplay. The card works by plugging into your Mac’s USB port and connecting to your TV or gaming console via HDMI. Once connected, you can record your gameplay by pressing the record button on the capture card. You can also edit and share your recordings with Elgato Game Capture HD software.

Elgato’s capture cards can record voice with ease, provided that you have a decent microphone. The software that comes with the capture card will allow you to adjust the microphone sensitivity so that it picks up your voice. If you’re using a headset, you may need to unplug the microphone from the headset to get the best results.

Does Elgato Capture Card Have an Encoder?

Only two of the Elgato Capture Cards, 4K60 S+, and HD60 Pro, have an in-built encoder. The ones which do not have take advantage of the USB 3.0 capabilities bringing data to your device, processing it, and streaming the video in high quality.

What is The Best Elgato Capture Card?

The best Elgato capture card is the Elgato HD60S. It captures 1080p footage at 60 frames per second and has a USB 3.0 connection. It also has a built-in microphone and an HDMI port.

The Elgato HD60S is a high-definition game capture card for recording and streaming your gameplay on a PC or a Mac. It has a USB 3.0 connection and can capture video at up to 1080p60. It also has a pass-through feature that lets you play your games on your TV while you’re recording or streaming them.

What is The Cheapest Elgato Capture Card?

There are a few different types of Elgato capture cards, but the cheapest one is the Elgato Game Capture HD60 S. It’s easy to use and has excellent quality, making it a great choice for budget-conscious gamers.

It supports up to 1080p resolution at 60 frames per second and features a USB 3.0 connection for fast transfer speeds. The HD60 S also has a built-in microphone input and an HDMI pass-through port, so you can connect it to your TV or monitor and play your games without any lag.

Which Elgato Capture Card Should You Buy?

There are a bunch of different Elgato Capture Cards which are designed by the budget, specs, and features for different customers all over the globe. We have made a list of the most worthy cards for you, you may choose anyone based on your preferences and needs:

The Elgato Game Capture HD60 S is a high-definition game recorder designed for serious gamers. It captures your gameplay in 1080p60 HD while keeping file sizes small, so you can easily share your best gaming moments with your friends.

The HD60 S+ is an external stream capture card that can be used to record or stream gameplay from a PlayStation 4, Xbox One, Nintendo Switch, or PC. The HD60 S+ has a USB 3.0 connection and can capture 1080p60 gameplay with HDR10 and 4:2:2 chroma subsampling. The HD60 S+ also includes an HDMI 2.0 output for passthrough, meaning you can play your games on your TV while still recording or streaming them.

The HD60 S+ has a built-in live streaming encoder that can stream to Twitch, YouTube, Facebook, and more. The HD60 S+ also includes Elgato’s Game Capture 4K60 S+ software, which allows you to record and stream your gameplay in up to 4K60 HDR.

The Elgato Game Capture HD60 X is a high-definition stream capture card that includes a free 1-year subscription to XSplit Gamecaster for live streaming and recording. Compatible with Xbox One, PlayStation 4, and Nintendo Switch, this gadget supports live streaming at 4k resolution 30 frames per second.

The HD60 X also features HDR10 Capture, up to 1440p120 or 1080p240 passthrough, and it is the only Elgato Card to support VRR Passthrough. Moreover, it has a maximum bit rate of 60Mbps but it does not support multi-app support.

The Elgato Game Capture 4K60 S+ is a high-end game capture device that can record 4K HDR video. It has a USB 3.0 connection and can be used with a PC or Mac. It comes with a stand and can be placed on a desk or table.

The device has a 4K HDR sensor and can capture 4K HDR video at 60 frames per second. It also has a 3.5mm audio input and output. The Elgato Game Capture 4K60 S+ also comes with remote control and an HDMI cable.

One of the most impressive features of this card is that it supports an instant game view with a 250ms preview latency. This is just simply impressive. As for the interface, it supports USB 3.0 / SD Card connectivity.

Another impressive feature of this card is that it has a maximum bit rate sampling capability of 200 Mbps, the highest Elgato offers.

With its sleek design and simple setup, the HD60 Pro is perfect for capturing and streaming your gameplay in full HD 1080p at 60fps. The HD60 Pro also features a built-in live streaming encoder that lets you stream your gameplay directly to Twitch or YouTube with just a few clicks.

The HD60 Pro is one of the two Elgato cards that have an in-built encoder, this card has an H.264 hardware encoder. Additionally, it has a PCIe 2.0 x1 interface along with unencrypted HDMI Input, and an HDMI Output that supports lag-free passthrough.

However, this card does not support 4k streaming; the highest possible resolution you can get is 1080p at 60Mbps.

With its advanced encoding technology, you can capture and stream your gameplay with minimal latency. The Elgato Game Capture 4K60 Pro MK.2 also comes with a built-in live commentary feature, so you can add your voice to your gameplay videos.

You get a premium high-speed HDMI (2.0) cable and a low-profile bracket in the box along with the Elgato Game Capture 4K60 Pro MK.2 itself.

Elgato capture cards are the best capture cards for gamers who want to record their gameplay and share it with others. They are easy to use and provide high-quality recordings. There are different models available that cater to different needs, so gamers can find the perfect capture card for their needs.