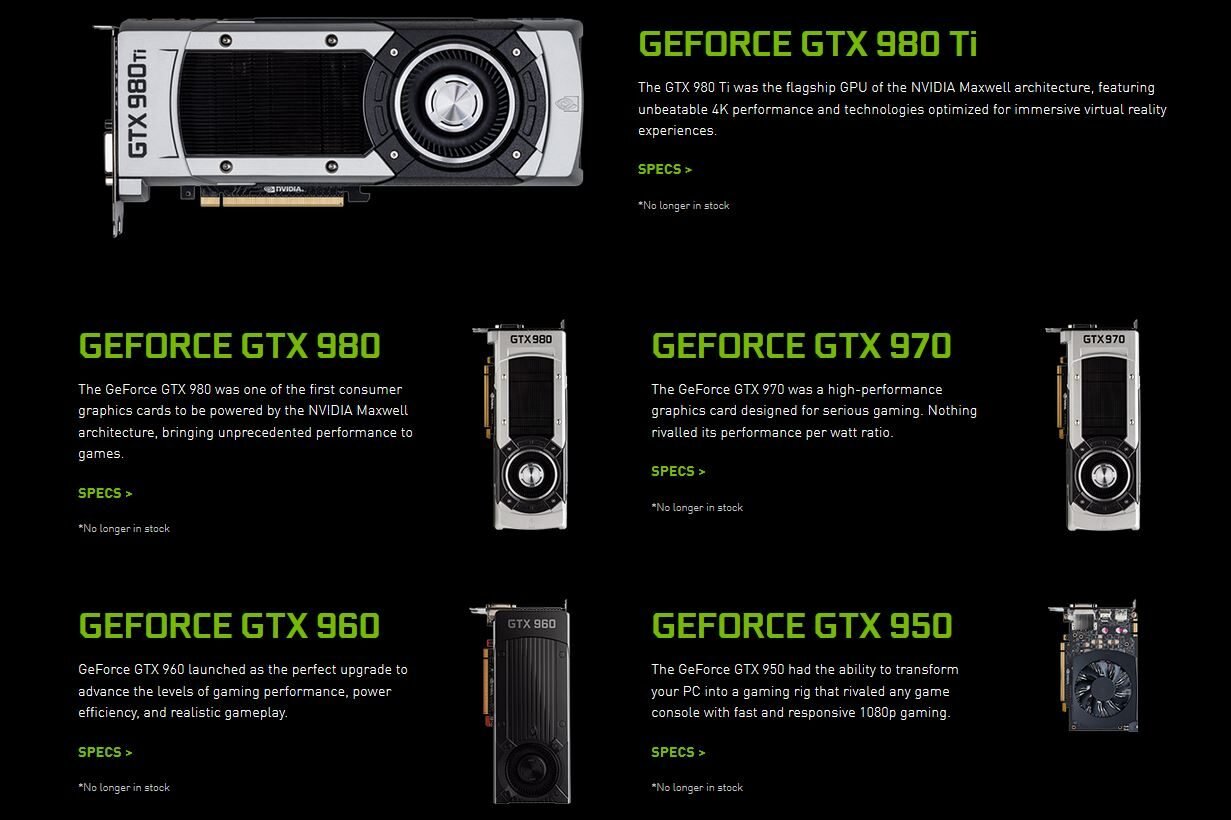 The GTX 900 Series Cards by Nvidia were released in late 2014 to early 2015 and were some of Nvidia’s best gaming GPUs back when they were released. Do they still perform as well as they did in gaming back then?

The GTX 950 was the first card to be launched out of the Nvidia’s 900 Series. Nvidia claims that it would produce fast, and responsive 1080p gaming. The card comes standard with 2 gigabytes of VRAM and is priced at 160 USD. The GTX 950 has an average fps of 55 fps on high settings on Grand Theft Auto Five which is a quite demanding game.

For someone who is ok with having medium settings on games with a decent amount of fps, this may be the card for you.

The GTX 960 was the second card to come out of the GTX 900 series. The card comes standard with 2 or 4 gigabytes of VRAM and costs about 200 USD.

For the 2GB version, the card gets about 58 frames per second on Grand Theft Auto Five with high settings. This card is a considerable step up from the last GPU and can definitely be used on less demanding games with a much higher fps.

This is not to mention that the 4GB card will perform much better than the 2GB. Although this is a good card it may be worth getting the GTX 1660 instead which gives more fps and 8GB of VRAM at about the same price.

On Overwatch, the GTX 970 has an average of 117 fps whereas the previous card only gets 86 fps on average.

This card comes with 4GB of VRAM and has a major increase in frames compared to the GTX 960, this shows in its price which is around 300 USD.

This Card may have a hefty price tag but it will definitely be able to play on good framerates on most if not all 2020 games.

Nvidia promised “unbeatable 4k performance” from this card and, it delivered. The GTX 980 Ti achieved an average fps of 100 fps on Battlefield 1 with maximum settings.

The GTX 980 Ti will definitely be able to run any 2020 game with a good amount of frames.

The GTX 980 Ti is priced at around 500 or more USD and comes with 6GB of VRAM. However, because the card is so expensive the card may not be worth the price tag.

These cards have served many well over the years, but they just won’t be able to hold up well with the games out now. The 980 and 980 Ti will be your best bet but even then, you will be limited to 1080p gaming, and not a great experience at that.

The GTX 900 Series will be able to handle games in 2022 in 1080p but with many limitations. However, Is it still worth buying? not really. The GTX 960 is the best card out of the bunch because of the price and performance. However, the card above is about the same price as the 1660 and performs worse than it. The flagship is around 500 USD!

might as well go with something better than that card. This is why you should either get the 950 or 960 out of the series or find another card out there. Remember that you are always limited to 1080p.